Three projects conducted by the Arkhangelsk region development Corporation will receive support from the presidential grants Fund for a total amount of more than 3 million rubles.
Раздел 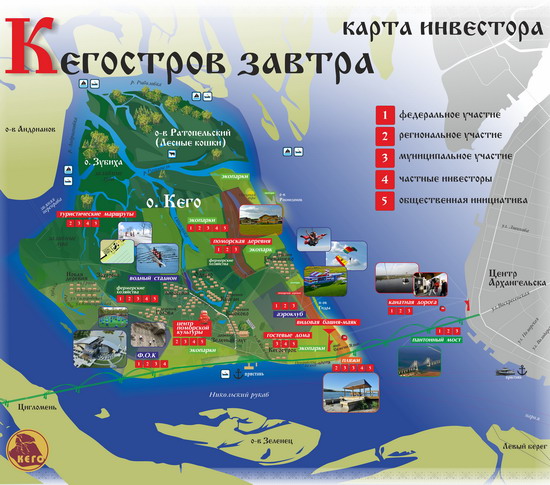 Three projects conducted by the Arkhangelsk region development Corporation will receive support from the presidential grants Fund for a total amount of more than 3 million rubles.

The most large - scale project - "Smart Island Arctic" is aimed at creating an effective mechanism for solving the problems of the Arkhangelsk island of Kego, and the concept will be developed and implemented by the residents themselves. How? The business report has tried to answer this question

The inhabitants of the island of Kego - in despair - once prosperous territory-are now in a state of neglect. The Central road, built in the ' 70s, has never been repaired. Emergency housing-every year more and more-the last time the construction was here in the 80s. Young people leave - there is no work on the island.

A resident of the island of Kego Nikolai Baskakov says:"I see that there was no attention and no attention." Meanwhile, the permanent population here is four thousand people. By area Kego-one of the largest Islands of the Arctic part of Russia. The potential of the territory was seen by the Association of Pomors of the Arkhangelsk region - its employees wrote the project "Smart island Arctic" - the regional development Corporation helped. As a result - the presidential grant-more than 2 million rubles. The aim of the project is to identify the main problems of the territory together with the residents of Kego and show how grants can solve them. The team of Vadim Medvedkov, head of the Association of Pomors of the Arkhangelsk region, and invited speakers from the public chamber will hold a conversation with the population.

The Head of the Association of Pomors Vadim Medvedkov said:

"The goal in itself is to involve the population in the process of developing their territory and to expand this influence on the entire island, on all the people who live there, so that this wave goes on and on."

As a result, 10 initiatives will be selected. Then it's up to the residents - they will be able to write projects and apply for participation in presidential grants. Activists of territorial public self-government "Kego" are ready to take the initiative - on their own they solve the problems of the island - hold clean-UPS, holidays for the population. But the implementation of more global proposals requires funding and assistance from the residents themselves, who seem to have already given up hope for positive changes on the island.

"It is necessary that the residents themselves are active, somehow they are stirred up, not to look at the fact that our houses are collapsing there, we have untidy garbage, and you hold some events. But life doesn't end there."

The results of the project" Smart island Arctic "will be summed up at the forum" Island " in November 2019. If the experience is successful, it will be used for the development of other Arctic island territories.