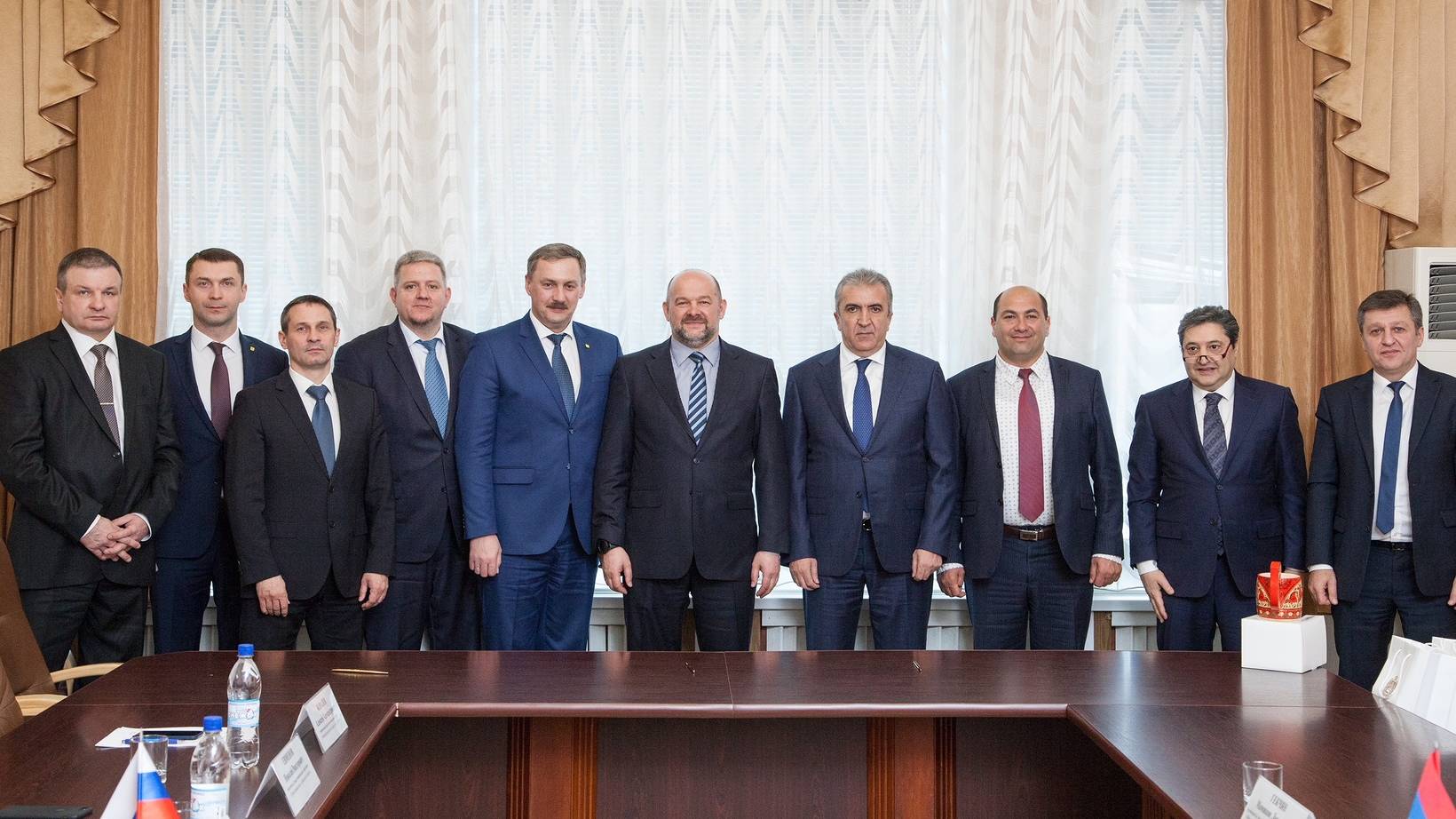 So, in the near future both in Russia, and in Armenia, trade houses of the Union are going to start work.

The signing of the constituent agreement became possible after the fruitful work of the Arkhangelsk delegation at the 6th Russian-Armenian interregional forum that took place in autumn 2017 in Armenia and subsequent business contacts.

In fact, it is a question of creating a new platform for deeper development of joint projects between the Vayots Dzor region and Pomorie.

"Indeed, today's event opens new opportunities for the regions. And here it is necessary to understand that this is a non-profit organization, the main activity that will not be profit-making. This is the form of communication between entrepreneurs, public and state institutions, which will allow us to establish close interaction with each other, "said Igor Orlov, Governor of the Arkhangelsk Region.

So, Vayots Dzor region may be of interest to the business of Pomorie as a region in which ecologically pure fruits and vegetables are produced. In addition, the Armenian region itself is a resort region, and local authorities are interested in the tourism development.

"This document was created within half a year by joint efforts of the Russian and Armenian sides. We have tried to meet the interests of all participants in the process and we hope that we have found a solution that will allow us to talk not only about the development of foreign trade relations, about increasing investment and entrepreneurial activity, but also about cultural and tourist stories, "said the Director General of the Arkhangelsk Regional Development Corporation Alexey Kovalev.

The first meeting of the Supervisory Board, chaired by the head of the region, Igor Orlov, will be held in early May in Armenia, where the first steps of the non-profit organization will be determined.

"Relations between the regions of the two countries have been developing since 2012, when an agreement on trade, economic and scientific and technical cooperation was signed, which helped to organize the exchange of students and strengthen our relations. Today's agreement and the Union’s constituent documents signing is a historic event that will give a new impetus to our trade and economic relations, "said the Mayor of Jermuk Vardan Hovhannisyan.